Chunk of the day: on the wagon

This Friday I’ll be meeting an old friend of mine called Jon. I’m looking forward to seeing him as it’s been a while since we last met, but I’m also slightly worried as ever since we arranged to go out a couple of weeks ago, he’s been making a big deal about the fact that he’s currently on the wagon – he’s not drinking alcohol at the moment. He’s part of a growing trend because over recent years, more and more people have started doing Dry January.

I don’t know if this happens elsewhere in the world, but here in the UK it means people basically decide not to drink at all for the whole of this month. Of course, I don’t mean that they don’t drink anything; I just mean they don’t drink alcohol. One strange thing about the English language is the fact that when we talk about drinking, we almost always mean alcohol, so if someone has a drink problem, it doesn’t mean they’re ill and are having problems drinking. It means they drink too much alcohol! In the same way, if someone asks Do you fancy a drink? it usually means they’re offering you some alcohol – or seeing if you want to go to the pub with them . . . and if you tell someone that you don’t drink, they automatically understand you mean alcohol.

Dry January may well have started as a response to the excessive drinking (and eating) that often accompanies Christmas here, and is also, I guess, a kind of New Year’s resolution: this year I’m going to drink less – starting right now! Anyway, if you have friends who are doing it, they’ll usually pester you to sponsor them – they want you to promise to give them money (which they will then donate to charity) if they go the whole month without a drink. Newspapers are currently full of articles about the health benefits of not drinking and advice on how to stay off – or kick – the booze (booze is another word for alcoholic drink, so if you’re going to a party here, it’s best to take some booze), and while some boast of being on the wagon and being strong enough not to give in to temptation, others moan about the fact that they only lasted a few days before falling off the wagon and finding themselves back on the booze – drinking again. It’s enough to leave everyone else feeling like they need a drink, I can tell you!

The origin of the phrase on the wagon is quite interesting. In the old days in America, they used to have water carts – or water wagons – that were pulled along the streets by a horse, and the water was sprayed onto unpaved streets in the dry summer months to stop them from getting too dusty. Apparently, when people who’d decided not to drink again were offered alcohol, they’d often respond by saying that they were on the water wagon, and the phrase has just been shortened over the years! The things you learn!

Want to learn more with Lexical Lab? Take one of out summer courses.

There’s a 10% discount on all courses booked during the month of January.

Work in groups. Discuss these questions.

Chunk of the day: room for improvement
This afternoon I interviewed someone who’s …
Read more.

Chunk of the day: on the wagon
This Friday I’ll be meeting an …
Read more.

Word of the day: (the) MSM
MSM sounds like an unfortunate disease …
Read more. 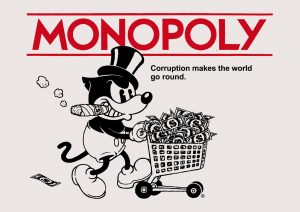 Chunk of the day: on an industrial scale
On Sunday evening, as I was …
Read more.

I’m better than I was, but there’s still room for improvement.

I know we won, but there’s still plenty of room for improvement.

Back to school: Part One

As you may have noticed, we recently wrote a Beginner’s book and I have written a series of posts exploring the ideas behind it. One thing that's driving this two-man campaign (you can decide for yourself if that means it’s…