Pronunciation:  Really? Do I have to?

While the bulk of Beginner coursebooks on the market are pretty uniform when it comes to the way they handle grammar and – to some extent – vocabulary, there seems to be little consistency when it comes to pronunciation and what to teach. Headway Beginner doesn’t have any pron sections at all (though it does provide consistent guidance on word stress and provides drills of grammar/words). Global has a number of ‘connected speech features’. English Unlimited has ten sound-spelling features (though sometimes these start from the spelling and sometimes they start from the sound). English File has twenty-four short sections mainly focused on sound-spelling, starting from the sound and aiming to teach the phonetic script. It also has its famous picture sound chart. Navigate has around twenty sections generally connected to grammar drills, but also linking and word/sentence stress. It also has ten sections connected to listening, some of which might be described as phonology for listening. And no doubt there are further variations to be found in other books. The only consistent feature is ‘spelling out’ which I would argue is neither pronunciation nor phonology for listening, but would be better described as vocabulary. As I argued in a previous post, we think this is unnecessary at beginner.

I think this reflects a more widespread issue with pronunciation in ELT where teachers don’t see how individual pronunciation work fits in to a lesson. Some teachers also feel uncertain (unjustifiably, I think, on the whole) about their own accents as models for their students. And some – perhaps most – feel at a loss when faced with the ‘wrong’ pronunciation and feel unable to help students change to a more widely intelligible version. These issues can be made worse by the nature of the (global) coursebook. The result is that pronunciation sections can get skipped and pronunciation is largely avoided.

I think that one of the problems is having a section called pronunciation in the first place (hats off to Headway here). What happens when you do this is that pronunciation gets treated like grammar.

This creates problems. Firstly, the sound system is working all together from the beginning. While it is possible to restrict words and grammar, it is nigh-on impossible to do the same with pron. Just the numbers 1-10 contain 18 distinct sounds! Add Hello and What’s your name? and you have six more. In the first unit of any beginner course, you could expect nearly all the sounds in English to appear. From that point of view, it seems a bit perverse to focus on only two or three sounds. Add to that the fact that students may already produce those sounds in their own language, then many tasks start to seem like a bit of a waste of time. We might also add that many students actually relatively  (i.e. with a fair bit of listening and repetition) do approximate ‘new’ sounds in English. But if they can’t, the coursebook will offer little help to support the students/teacher. That’s because we can only change the students sound if we understand how they are making the sound they are making and how this relates to the sound they want to make. These are technical matters and basically have to be done in the moment with a negotiation between the teacher and student.

The second issue for me is that I am not sure that pronunciation is presented the right way round. It seems to me the bigger global issue for students is understanding how spelling relates to sounds rather than how sounds relate to spelling. What students really need is some form of systematic phonics. English Unlimited goes some way along this route. Over nine sections, it covers 32 spelling-sound combinations. By way of comparison,  our spelling-sound reference based on all the words students encounter in Outcomes has 116 combinations. What’s more, I would estimate that 100 of those combinations occur within very basic words over the first two or three units. I think the English Unlimited sections are a good idea, but we have to recognize that they cannot actually cover the needs of many students – especially ones who don’t share the roman alphabet – and the difficulty they face learning to read fluently in English. And where there is a problem, it’s unlikely to be solved in one exercise in the same way grammar is not learned this way.

Writers often avoid the issues around dealing with individual sounds by looking at features of connected speech. At beginner level, people reasonably focus on connected speech, but there is a question whether these should or can be presented as rules.

Pronunciation, reading and phonology for listening

In a previous post, I explained how we don’t teach the names of letters or encourage spelling out in Outcomes Beginner and the reasons behind these decisions. One reason I mentioned was that it clashes with the real need of students at low levels, which is on the one hand to replicate the sounds in English and on the other to sound out – i.e. match the words they see with the sounds the letters represent. In this post, I want to explore this issue further by considering the role of phonemics in low-level courses and then also think about the difference between teaching pronunciation and phonology for listening. These are themes which I am still developing my thoughts on, to be honest, and as with other areas of the coursebook syllabus, they are very much subject to restrictions from what publishers perceive teachers will accept. As always, we welcome comments.

Not for absolute beginners

Before I get further into this, I should say that in keeping with other mainstream global coursebooks such as Headway and Cutting Edge, Outcomes Beginner assumes some recognition of the Roman script. If students do not know the script, then they will need at least some fairly substantial work before or alongside work in the main book. I will explain the support we give later.

Sounds and letters – when should the two meet

I believe Adrian Underhill recommends avoiding the matching of sounds with letters in pronunciation work. His idea is to work with the phonemic chart to develop the physical awareness of how sounds are made in order to replicate them. I have a lot of time for his approach in Sound Foundations, where he suggests working with the physicality of sounds – and for those (un)lucky enough to use Innovations Elementary, you will see a selection of rather dubious photos of me sticking my finger on the end of my tongue to demonstrate how certain vowel sounds are made. Richard Cauldwell (of whom more later) also discusses the problem of the ‘sight’ forms of words.

However, I personally think that the separating of pronunciation and letters is not exactly the way to go when it comes to beginner students. Firstly, the ability to read is a fundamental tool for support and development of language learning and it seems to me that this is the priority. Secondly, I would question how far teaching a form of phonics (the sounds connected to letters) does stop you teaching pronunciation. But thirdly, I would actually question how far the ability to produce ‘good enough’ approximations of English sounds is the bigger problem for the majority of students. Of course students have accents and some can at times be difficult to understand, but as Jennifer Jenkins’ work makes clear, in many cases this a problem seen from a native speaker point of view, when the vast majority of interactions in English will happen between non-natives.

To some extent, my comments here have been shaped both by teaching beginners and by some reflections on learning some Russian (pitifully limited though this might be). My feeling is that for the most part, students do pretty well in replicating the sounds of words and phrases and, in fact, might generally be better at larger units than single sounds. So, for example, while students may struggle to say ow accurately on its own, they may produce flower to a reasonable standard. This may also apply for bigger chunks. A student may struggle to produce the final consonant cluster in next, but actually be quite clear when they say next time or next week, where the final t is elided anyway. As a rule, in Outcomes Beginner, students repeat words and short phrases. On the page, we’ve used bolding to direct students to the stressed sounds.

Pretty much everything is recorded – words, exercises, dialogues, reading texts. However, I would see these recordings as much as a tool for self-study as anything else. In the class, I think teachers should model, drill, get repetitions, use backchaining, use gesture, and so on to help students get their tongues round the words. As I said before, it’s often the real moments of interaction that help to overcome pron problems.

The second strand of pron work we provide is recordings of phrases (usually in the grammar sections), said at different speeds including the kind of fast versions that students might hear outsdie of class. This is a sensitizing thing more for phonology than production influenced by Richard Cauldwell’s work, but I think there is a value in getting students to experiment productively with fast speeds and that faster speed speech often presents simpler versions of pronunciation.

Each unit also ends with a listening and pron task that reviews language in the lesson. Initially, this involves recognising sentences said at speed (from a selection on the page) and then practising them first just as pron and then as short exchanges. Later, we start to look at matching spellings of key words from the unit to sounds, repeating them, and finally thinking about basic collocations.

The principle here is that students should get more than just ‘pronunciation’ from a pronunciation section. It should lead to other production or a broader interaction or revision and expansion of words students have studied.

Finally, in the back of the book there is a full list of phonics – letters and letter combinations and the sounds they produce. Ideally, this would be linked to words in an IWB, but currently it’s not. It’s an attempt to introduce the idea of phonics more broadly as a reference. In reality, students who are finding difficulties or who have a limited knowledge of the Roman script will need much more work than this provides, but perhaps this might offer both students and teachers a framework to group words and do daily ongoing work.

You can try sample units from all six different levels of Outcomes here.

Five things I’ve learned from running the ENGLISH QUESTIONS ANSWERED group
One of the side-effects of being …
Read more.

Grammar nonsense 11: more verb patterns
So, following on from my recent …
Read more. 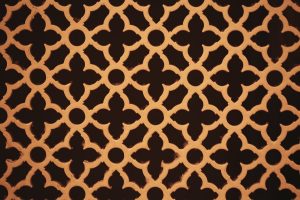 Grammar nonsense and curiosities 10: verb patterns
Welcome back? It’s been a while, …
Read more.

I thought you were supposed to be on the wagon at the moment.

I was on the wagon, but I fell off.

I’ve been on the wagon for the last couple of years now, actually.

Pronunciation:  Really? Do I have to? While the bulk of Beginner coursebooks on the market are pretty uniform when it comes to the way they handle grammar and - to some extent - vocabulary, there seems to be little consistency…