Perspectives is a new four-level series based loosely around TED talks and aimed at high-school students aged between 15 and 18. There’s a British English version and an American English version, and for the Polish secondary market Nowa Era have also commissioned a special version of the series called MyPerspectives. The series covers all four skills and the main aims are to develop the language skills learners need to find their own voice in English, whilst also providing plenty of opportunities for critical thinking. The carefully-guided language lessons, real-world stories, and TED Talks all hopefully motivate learners to think creatively and communicate effectively.

Andrew and I were responsible for the Upper-Intermediate level, and you can see more about the series amd try out sample units by going to its own special site right here. 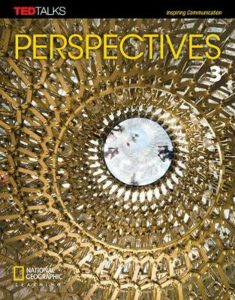